Taoist Life Coaching is the study of ancient Taoist alchemy and Chinese Shamanism. Taoist Life Coaching is built on the divine celestial guidance gleaned through the immortal power of the great spirits and communication with omniscient Taoist deities. This sacred knowledge has been interpreted for modern Western society, to enable individuals to change their life from misfortune to fortune for contentment and clarity of their earthly existence. For the limited mortal man, it is very difficult to communicate directly with the Great Ultimate, the Tao. So-called gurus and prophets are the same mortal men having all human weaknesses, limitations, and the self-interest of profiteering. The High Energy of the Cosmos does not have these mortal imperfections and hidden agendas. The Cosmic Intellect is pure and indifferent to mortal man’s manipulations of money, power, or pride.

For thousands of years Taoist alchemists used the power of magic diagrams to help mortals send their petitions directly to the Great Ultimate for clear guidance and pragmatic advice. In Taoist alchemy, the ancient practice of burning sacred diagrams allows the practitioner to send a personal request to the Great Ultimate through spirits-messengers to enable a concrete, tangible result for their petition. The Temple of Original Simplicity has a relationship with the clan of Celestial Foxes (Creed of Celestial Fox Fairies), which enables direct communication with these powerful, immortal spirits through meditation and magic diagrams. Grandmaster Alex Anatole has given Taoist Life Coaching seminars and counseling for over forty years at the Center of Traditional Taoist Studies – Temple of Original Simplicity in Boston. The techniques of Taoist Life Coaching rejuvenate, purge, heal, nourish and strengthen the mind, body, and spirit enabling Taoist internal and external meditation for the health and wellness. Taoist Life Coaching is comprised of the Creed of Celestial Foxes, Taoist Lin Hun Therapy and Taoist Divine Guidance. 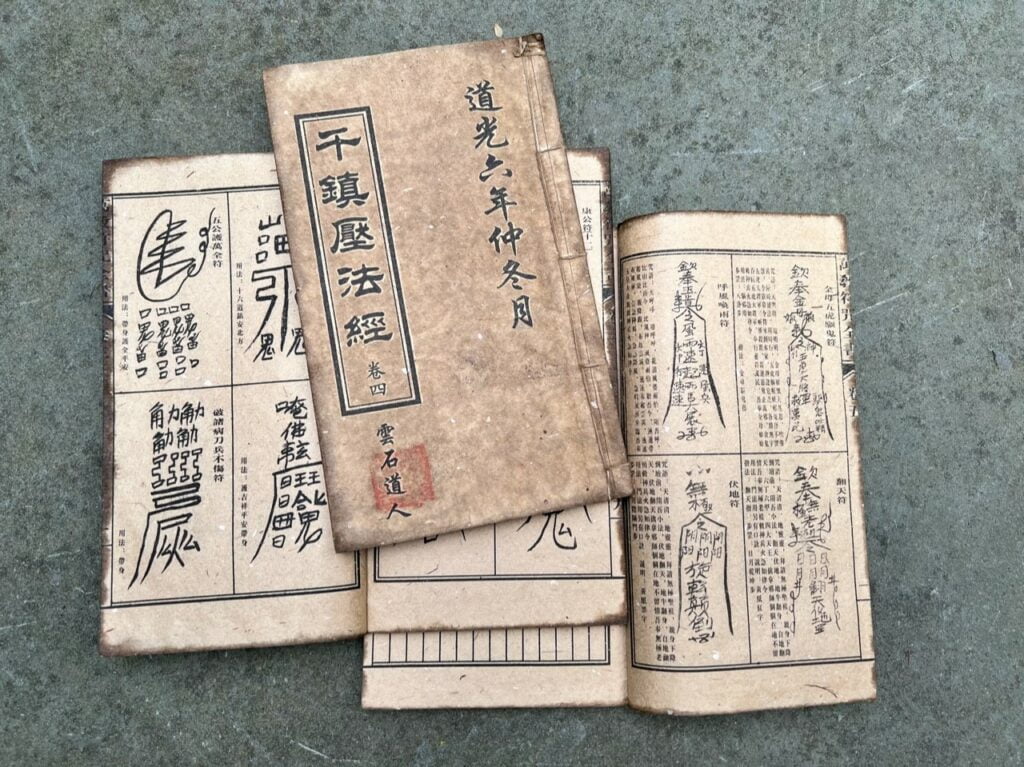 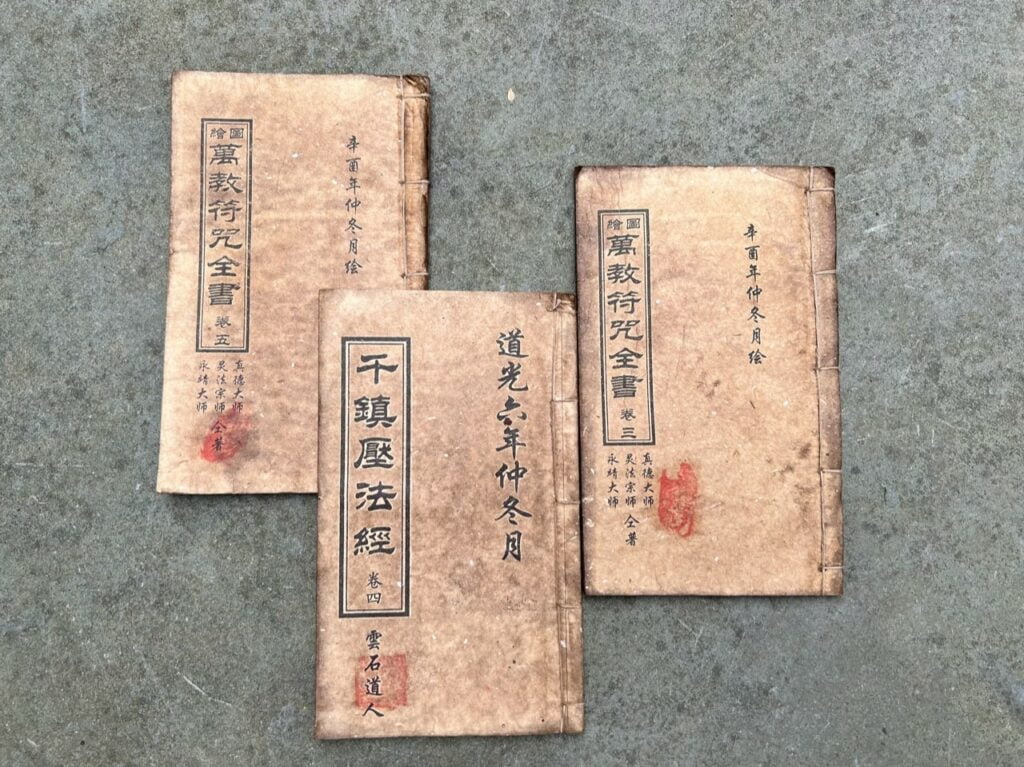 The ancient worship of the celestial Foxes historically spread throughout the geographic areas of China, Japan and Southeast Asia. The creed of the heavenly Fox fairies is based on the techniques of ancient Chinese Shamanism that enable communication with the celestial Fox deities for protection and guidance from malevolent spirits and harmful humans. Sacred Taoist teachings state that the all-powerful Fox deities can change the fate of an individual. Fox exorcism rituals, including Taoist Lin Hun Therapy, instantiate purifying celestial energies and expel malevolent forces from the human soul, creating a positive aura and bring luck and contentment by changing misfortune to fortune. Taoist Heavenly Lin Hun Therapy deals systemically with the theological and religious psychology of the human eternal energies of the soul. As there is no corresponding translation of Lin Hun in the English language, it is quite difficult and challenging to understand. In Chinese alchemy, the definition and connotation of the prenatal and postnatal energies of the soul are very different than in Western culture and linguistics. In the magic of Taoist Shamanism, heavenly Lin Hun elucidates that humans are born, not with one soul as in Western religion but, with two distinct soul energies, Hun and Po.

These two energies are further segmented into the three prenatal components of Hun and the seven postnatal components of Po. Based on the mysterious Alchemy of Taoist Shamanism, the prenatal Hun and postnatal Po energies communicate with each other in a very intricate and complicated manner. Taoist Heavenly Lin Hun Therapy utilizes magic ceremonies to effect changes in the physical reality of our earthly existence. Using the ancient Taoist ceremonies to petition the great celestial Fox Fairies, Taoist Heavenly Lin Hun Therapy can purge and purify the human spiritual elements, sending the mortal’s request to the Great Ultimate. Heavenly Lin Hun Therapy uses the intangible, magic methods of Empirical Metaphysics to obtain practical, tangible results in our earthly dimension. Taoist Divine Guidance is the privileged, mystical teachings of communicating and interacting with the great Taoist spirits and heavenly Fox fairies both in prayer, meditation and through magic diagrams to foster clarity, intellect, and spirituality in our lives. Please see the graphics of magic diagrams that were used for centuries by Celestial Fox Masters and Taoist Priests in ancient alchemy to purge malevolent spirits and change the fate of mortals from misfortune to fortune. Taoist Divine Guidance enables knowledge and communication with the world of celestial spirits. Interaction with the celestial deities serves as an oracle to give mortals insight and direction by sharing the wisdom and secrets of life.

What is the difference between Divine Guidance and conventional life coaching? Any counselor, arbitrator or decision maker is simply a human being like ourselves. What would qualify this person to judge and direct our life’s decisions and actions any better than we could on our own? Probably a college of degree and a lack of humility. As no limited mortal can understand the best path of action for another finite human, we have to trust in communication with the great Taoist Gods and celestial Fox fairies who do understand the best path for mortal man. Taoist Divine Guidance enables communication with the world of Taoist deities, spirits and celestial Fox fairies. The celestial Taoist Gods and Heavenly Fox fairies do not have personal interests or agendas. The mortal can trust in the venerable Taoist Gods and communication with them in the spirit world. This is the reason that Shamans all over the planet (China, Korea, Southeast Asia, South America) communicate with the spirit world for guidance and direction. Unfortunately, you cannot trust humans and their information, but you can trust the omniscient spirits. Some people practice deception or fabricate untruths. Some people want to confuse you for their own agenda or profit. All people have their own personal self-interests. For centuries Chinese Shamanism has operated with and trusted in the Supreme Power for life guidance and wisdom. Mortal counselors or life coaches can make mistakes. They are finite mortals with limited knowledge of cause and effect and hence their channel of information is imperfect. They can simply be wrong or confused themselves. The venerable deities or celestial Fox fairies have no personal interest and are all-seeing and all-knowing. They are the purist, perfect channel of information and guidance.
Communication with the world of immortal deities is magic. Communication and the concrete, practical messages received from the celestial Gods are based solely on magic. True magic can only manifest in our lives from the Supreme Power. Magic cannot come from human beings. Magic can only come from a spiritual connection and communication with the Supreme Power.

Communication with the celestial Taoist spirits brings a totally different, spiritual view of reality. The perspective of the Gods is not a mortal man’s path with a hidden agenda, filled with pride, self-interests, and mortal biases. The heavenly Taoist Gods and celestial Fox fairies can help someone who is confused or depressed. The great Supreme Power can help purify a person’s mind and purge confusion. Through interacting with the heavenly deities and their guidance in the holy realm, the individual reprograms himself with celestial wisdom. By connecting and communicating with the holy Taoist spirits and venerable Fox fairies the individual is cleansed and self-reprogrammed with celestial wisdom, humility, guidance, and direction. This is the essence of Taoist Divine Guidance.

The conglomeration of the ancient alchemy of Taoist Shamanism incorporates the divine amulets of the celestial Fox spirits. The heavenly Fox fairies are invoked for protection from malevolent energies, which destroy human’s vital energy by bringing chaos and confusion to their lives. Taoist Divine Guidance petitions the omnipotent celestial spirits to change a person’s fate from misfortune to fortune, from confusion and bad luck to contentment and prosperity.

It is very hard, nearly impossible, for the mortal man to change his fate from lamentation and sorrow to contentment and fortune on his own. Only with the help of the divine spirits, support from the Taoist Gods and the intervention of the Supreme Power through the celestial magic of Taoist alchemy can a favorable outcome occur.